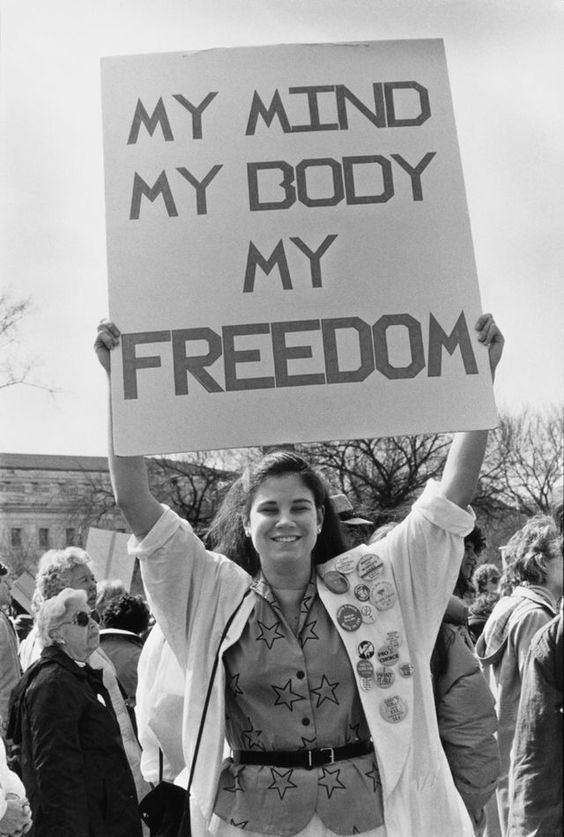 The abortion ban in Alabama signed on Wednesday, is the most restrictive abortion bill in the United States currently – and gives no exception for rape or incest. Doctors face up to 99 years in prison if they carry out the procedure.

Alabama is not the only state that has introduced similar restrictive legislation: Florida, Louisiana, South Carolina, Wisconsin, Utah, Arkansas, West Virginia, Missouri, and Indiana all have bills that have been introduced.

I have been thinking a lot about the ban and the systematic dismantling of women’s rights we are seeing across the US.

And let’s just say….I have some thoughts:

Abortion will happen no matter what. This ban won’t stop them.  As for these lawmakers who wrote and passed this bill. SHAME ON YOU! You are endangering your own citizens with this stupidity.

One in four women will have an abortion before age 45. By banning it you force these women to leave safe medical faculties with trained doctors to address the problem themselves. It is also egregious to force state-sanctioned pregnancy regardless of rape or incest.

Abortion is NOT something women take lightly and at the end of the day it is between her and her doctor – NO ONE ELSE. The fucking audacity of these men to think they have a right to tell us what they can do with our body – blows my FUCKING MIND. (Excuse my language – sorry mom) – But this is cause for a little salty talk.

This is a concentrated effort to undermine the basic rights and security of women. Alabama Senator said the purpose of the bill was to  challenge

If you are feeling as frustrated and want to help – here are some great resources from The Cut.

I have listed a few options to help below. Please share this list of resources with other women who are upset about the ban.

Speak out & ask male allies to show support against the ban

One thing to note – this abortion ban does not go into effect until another 6 months.

If you have any other suggestions on ways to help women –

please leave them in the comments below!

*I understand that this is a controversial issue and people have lots of strong feelings. I realize by writing this I may get hate,  but women will die due to this bill. I will always defend a women’s right to choose what is best for her and her body.