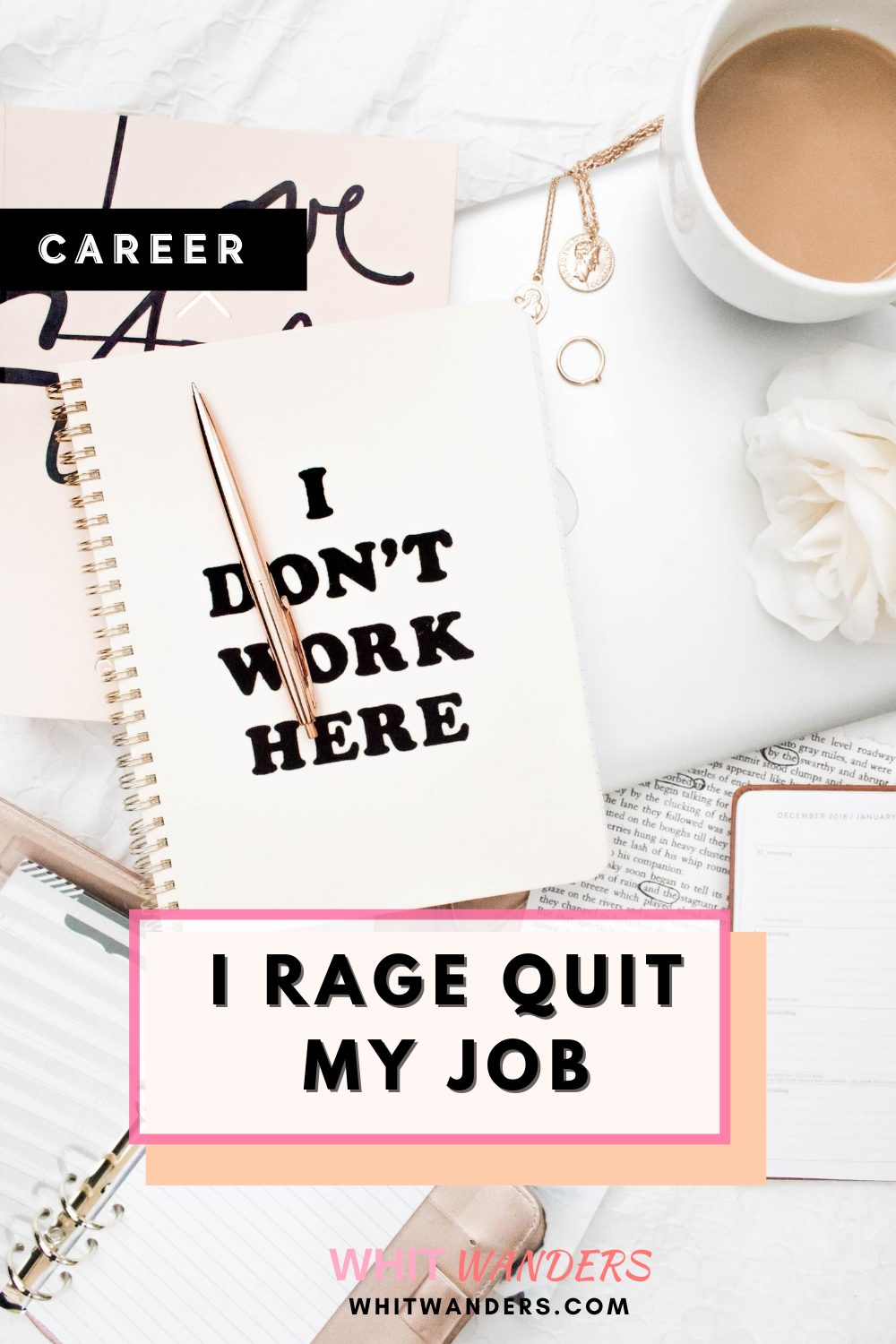 Up and Away in Wrangler

I like to say I rage quit my job, but the truth is I allowed myself to endure a hostile and sexist work environment for way too long. Scroll down to read more about my rage quitting.

I wish I could tell you I went out with a blaze – but given women have to be 2.5  times more productive than man to be equally recognized, I swallowed my pride and bowed out gracefully.

Let me start with what lead to my rage quitting….

A HARSH DOSE OF REALITY

It’s a very eye-opening moment when you recognize a situation at your own work that you thought you would only read about in the press.

The meeting that directly led to me rage quitting was during a 1:1 with my male manager. During the meeting, my male manager made two biased comments that showed me I was no longer in a passive misogynist environment but a very active and blatant one. 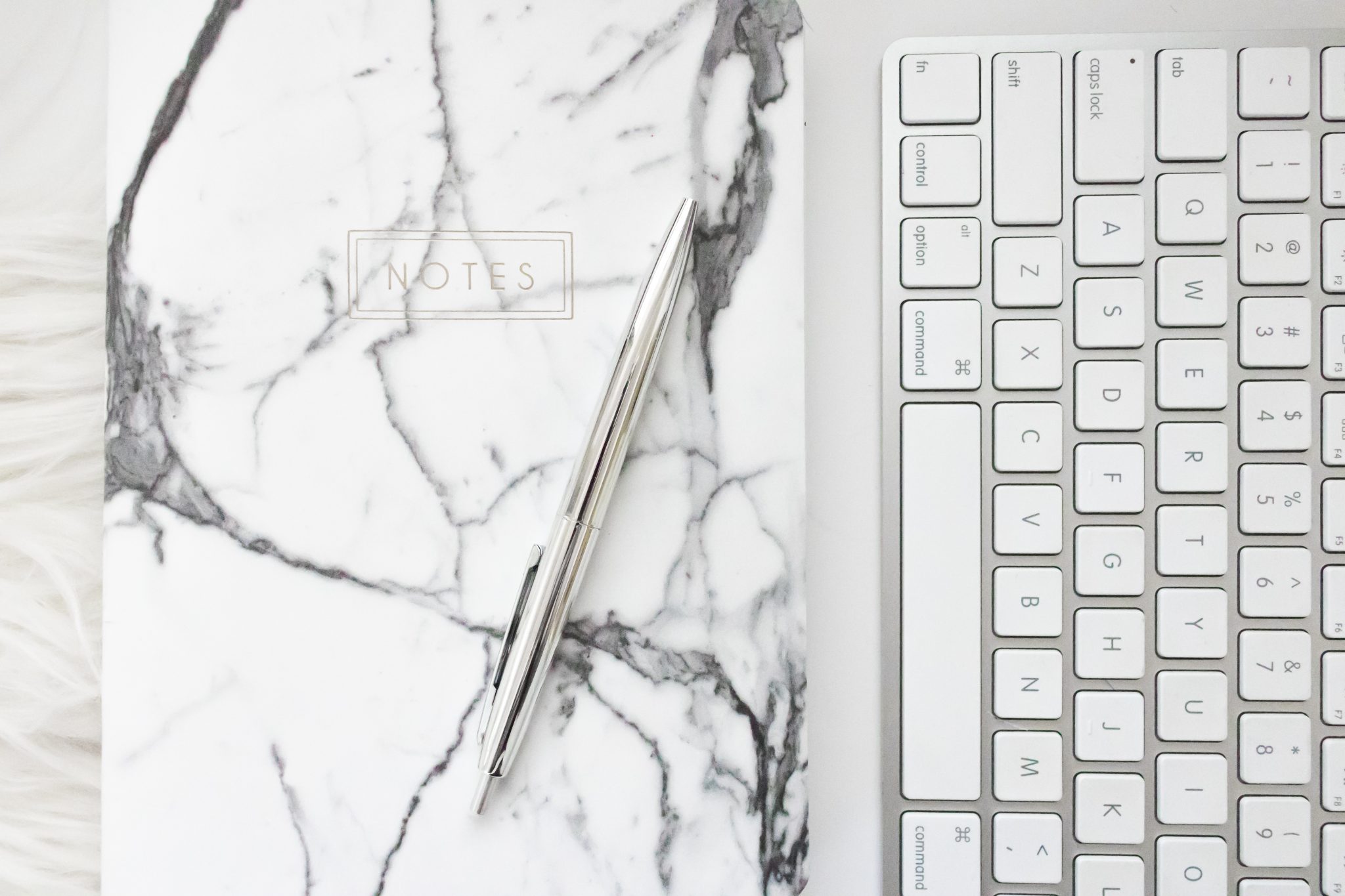 SEXISM AT THE OFFICE

After giving constructive feedback to him on a new hire who was not qualified for the position, which he disagreed with, his response was:

Let’s, let that sink in shall we…

I am a director of a global media agency running multiples teams and channels. I am paid to analyze and give my opinion on brand strategy, media channels, and technologies that I have spent almost 10 years specializing in – that is my job…or was my job. My 9+ years specializing in media, accounts, teams, and technology meant nothing to this man because he didn’t respect me enough to value my opinion. Instead of appreciating what I brought to the table – he was threatened by it. I was disrupting his status quo.

My response, which is probably not suitable for public consumption, led to raised voices between both of us and a stiff exchange that ended in a very awkward stare down. But, I will tell you – I was not the first to blink.

When you’re young they tell you – “work hard – you will go far‘. It was the first place that I worked where I realized it didn’t matter how much I worked, how much I contributed to the bottom line or how many accounts I won us – being outside of the ‘Old Boys Club‘ would always be a limitation I could never overcome.

Now – being a poor manager is a cross-gender issue, but my agency has more than just poor management issues. There was an active boy’s club with preferential treatment for the males across, salaries, accounts, and resources.

This was a systematic environment of sexism with a ‘glass ceiling’ for the women.

To the male CEO reaching out to the women directors and ask us to create and give our free time to a “women’s initiative” to help solve the glass ceiling for women at the company – as though it was really our issues holding us back and not the male management and bias treatment.

I and my other female directors continually raised the toxic work culture issues that we experienced to our male management team. Our concerns and examples were summarily dismissed.

The most common response I heard when I shared my corporate rage quitting experience was: “I can’t believe that still happens in this day and age!” Neither could I until I was in the middle of it.

Toxic work environments like that can make you feel undervalued, unappreciated and extremely uncomfortable. I consider myself to be a very strong individual but that whole situation was very unhealthy and demoralizing. Remember ladies – that type of work environment is completely unacceptable. It will never be an environment that will grow and develop your talent. I wish I had left sooner. In the end, I wasted a lot of energy trying to fight culture and an executive team that had no interest in changing.

If you find yourself experiencing anything similar – know this is not normal and you deserve to work where you are valued and appreciated.

If you are struggling with a toxic work environment it’s important to know your rights and resources available to you. Please visit Lean In.org, MeTooMVMT.org, Women in Research.org and AAUW.org to learn more.

Sexual harassment is a form of sex discrimination that violates Title VII of the Civil Rights Act of 1964.  Title VII is a federal law that prohibits discrimination in employment on the basis of sex, race, color, national origin, and religion, and it applies to employers with 15 or more employees.

Have you experienced a toxic work environment?? Tell me below or hashtag with #WhitxWorkSeries

I would love to hear about your work experiences! Email me!

Tags
about me work series

Up and Away in Wrangler

5 Ways To Navigating Your Career in a Recession