This story is too random and funny not to share! Some of you may know this already – but I love Twitter! I am addicted to that platform. Its where I catch up on news, politics, fashion and with my favorites reporters and bloggers that I follow. – I love scrolling through and literally getting a data dump of information.

That is exactly how this story came about – So there I was just scrolling through my twitter feed – when Chrissy Teigen tweeted:

Really passionate about this. Not an ad. Not paid. Simply a lover of sour things. pic.twitter.com/Yp0tESxPdY

Now if you know me – you know I LOVE candy. I am what you call a candy monster! I love Sour Mamabas! So I responded:

@BrittandWhit It’s hard not to be addicted to such fruity goodness. We want to send you a pack! All we need is your mailing address. Please share it in a DM! 😍🍓

I responded but forgot about it. Then this box shows up in the mail this weekend: 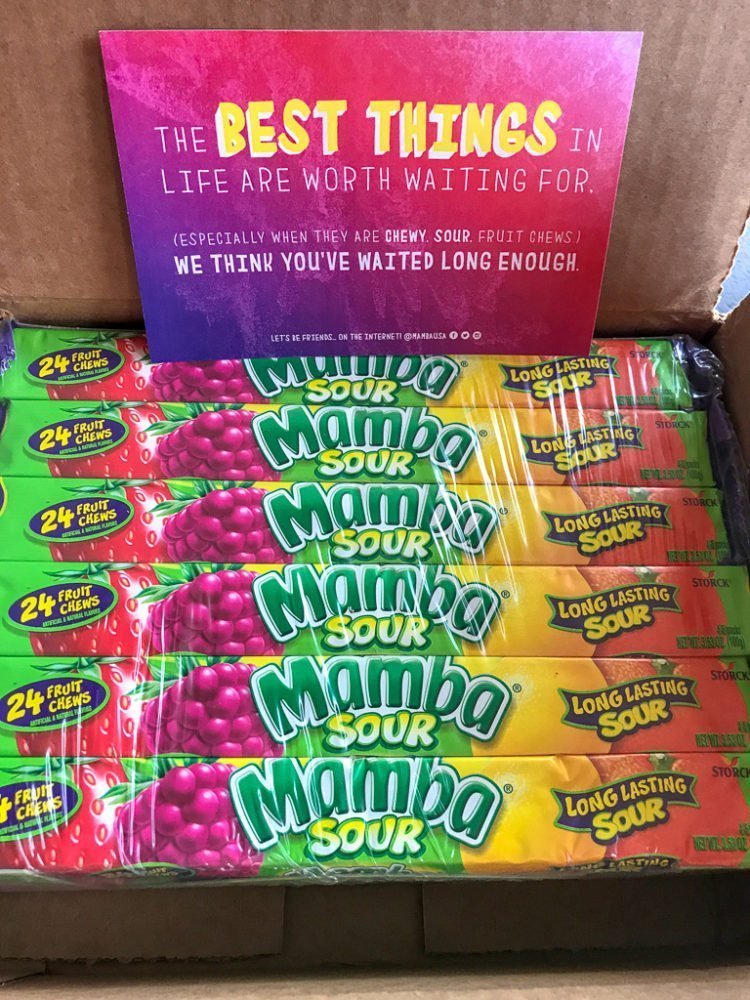 I want to first thank Chrissy Tigien for her mutual love of Sour Mambas! I also want to give major props to Mamba’s social media team – never in my wildest dreams would I have thought that responding to Chrissy Teigen’s tweet would have resulted in me receiving a massive box of delicious, Sour Mambas! In both tweets, the brand was not tagged. I love that their social media team was engaged, involved and followed up. Using the Twitter platform in that way is a fun, unique way for a brand to be using social media to engage with their customers. As someone who is regularly contacted and asked to promote products or do sponsored posts – this is a refreshing change and why I wanted to highlight this story today!

Ps. Also if you are not already following Chrissy Tigien on twitter you need too! She is hilarious! 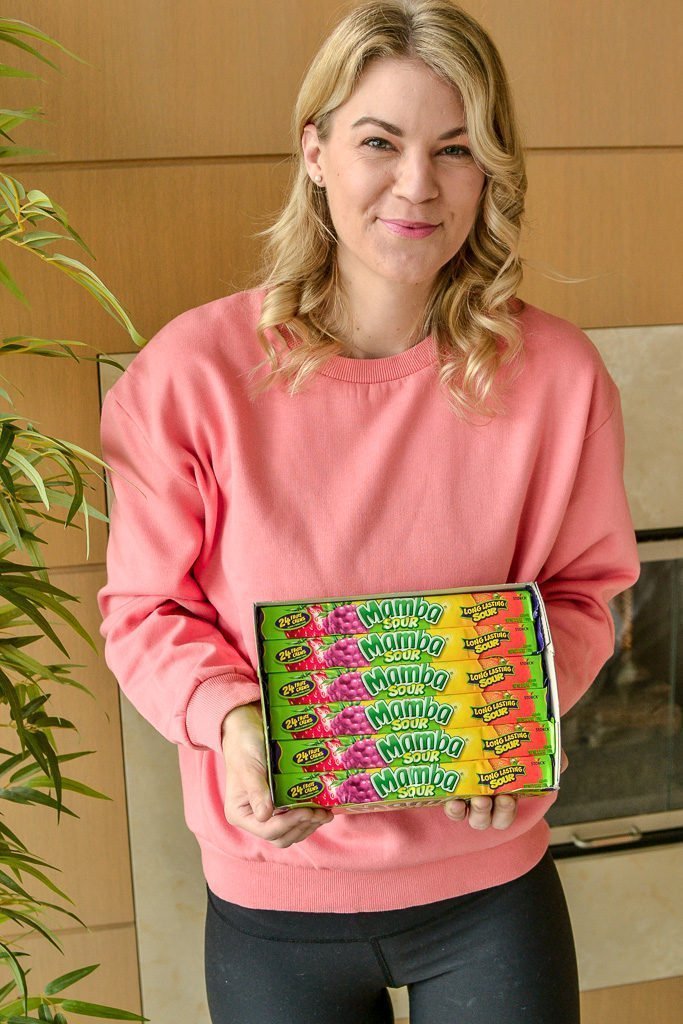 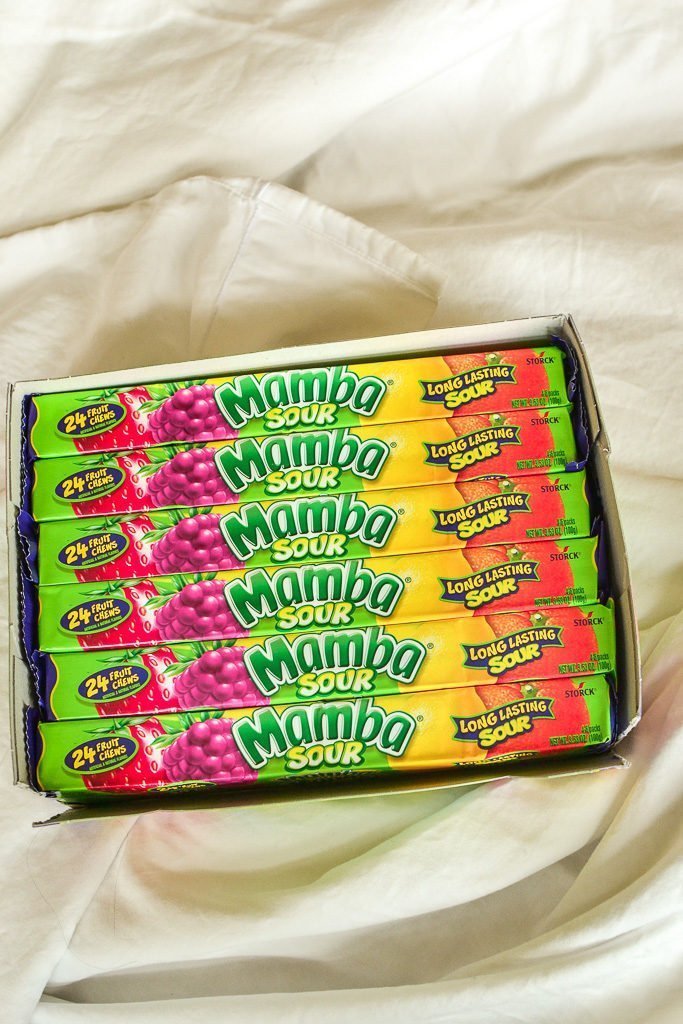 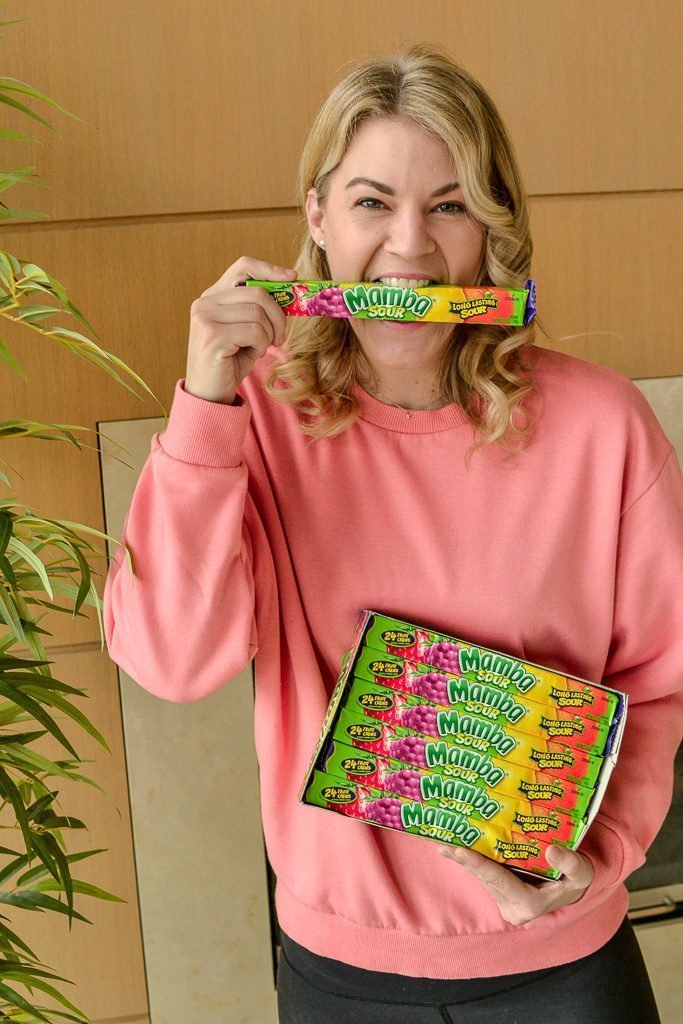 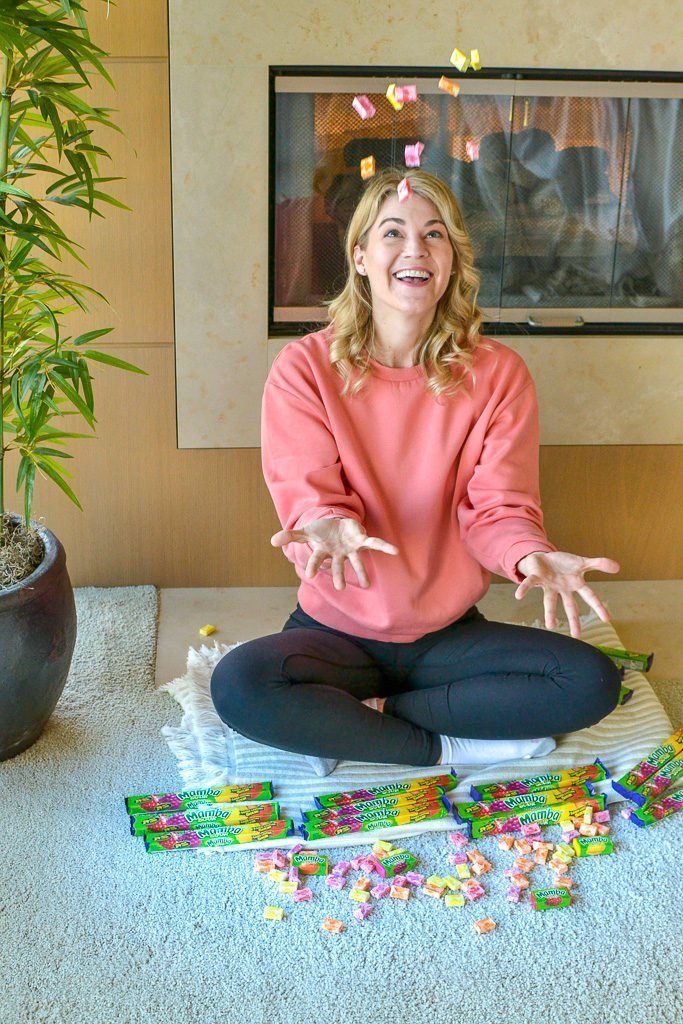 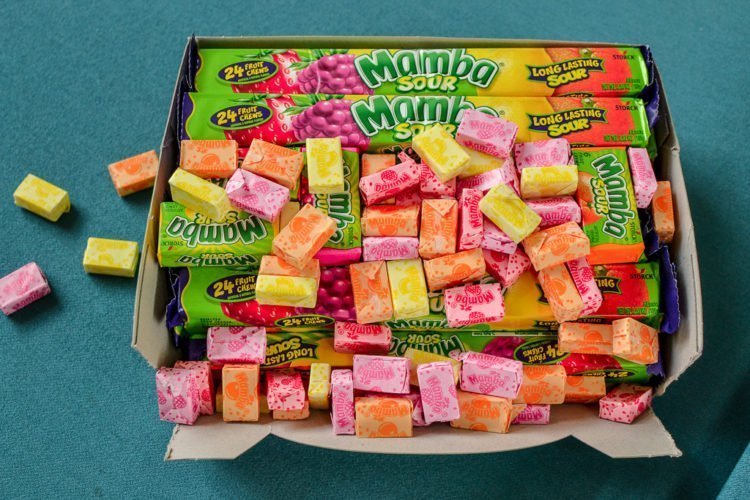 Good things do happen on the internet!

What candies do you love?

How To Style A Leopard Coat with Red Ankle Boots